It’s all about mammals on this week’s Einstein-A-Go-Go podcast.

Jim Thomas (Tenkile Conservation Alliance) and I chat to the team at Triple R about our adventures in Papua New Guinea, the discovery of new species and our plight to save endangered tree kangaroos in the remote Torricelli mountains.

The Guardian has published some of the first pictures from my PNG adventure including a dwarf cassowary, previously unclassified wallaby and, of course, the endangered tenkile.

I spoke to ABC News Radio’s about my trip to PNG and the possibly discovery of several new species.

Jim Thomas from the Tenkile Conservation Alliance and I chatted with the ABC Radio’s Rachel Carbonelli this morning about our adventures in PNG, conserving tree kangaroos, and the possibility of previously undiscovered mammal species.

I caught up with the ABC’s Richard Stubbs about tracking tenkiles, trekking the Torricelli ranges, the role of social media in science communication, crowd funding, conservation, carbon storage and much more besides. Have a listen.

The jungles of Papua New Guinea: exotic, remote, and full of frogs.

I have just returned from the jungles of Papua New Guinea, where for two weeks a team of us have set camera traps that will collect vital information about the biodiversity of this remote region. It’s all in the name of protecting some of the world’s rarest animals, including the Weimang and Tenkile tree kangaroos. But what’s it like working in the PNG jungles?

Morning in the rainforest.

We were working in a remote region of PNG known as Yauoru. I knew the place was remote — most of PNG is — but I hadn’t appreciated just how remote.

Beginning our five day walk from the Tenkile Conservation Alliance (TCA) turned to one of our support staff and asked if any white people had been here. The answer was no, never. Being allowed to visit such a special area was an immense privilege. That five day walk was undoubtedly the hardest walk I’ve done, a genuine test of endurance. The first day we walked from Ningal to Uwei (villages close to Yauoru), where Samuel Kabau, a local Uwei villager and Tenkile Conservation Alliance staff member lives. Along the way we passed through cocoa plantations, lowland rainforest and made our first of many river crossings. This took a little over six hours. But that was just day one. 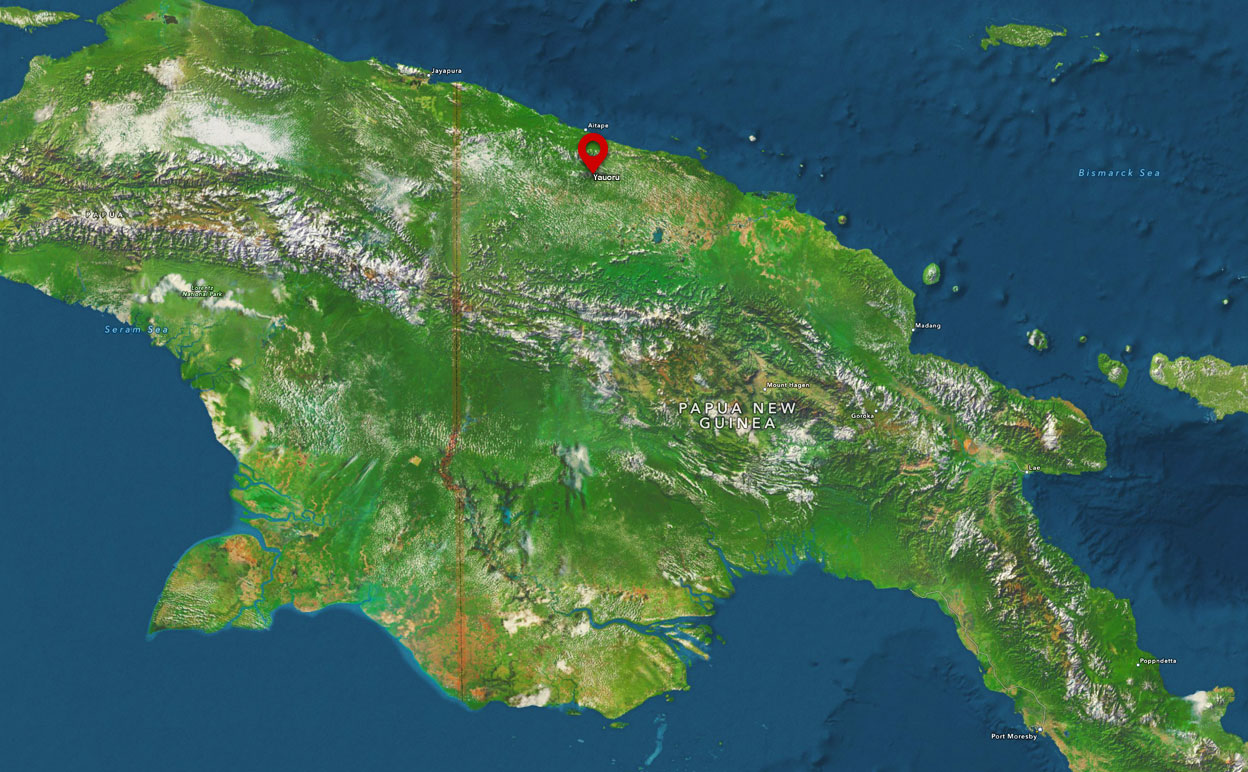 After leaving Uwei we began a long, long walk up the river Obin, crossing raging rapids, leaping over boulders and navigating narrow canyons. I gained an appreciation for the strength of local Papuans as compared to myself. While I plodded with waterlogged boots, drenched to the bone by tropical rains, the locals carried heavy gear and pulled me through rapids so I wasn’t swept away, all in bare feet. And all the time chewing betel nut and smoking cigarettes. 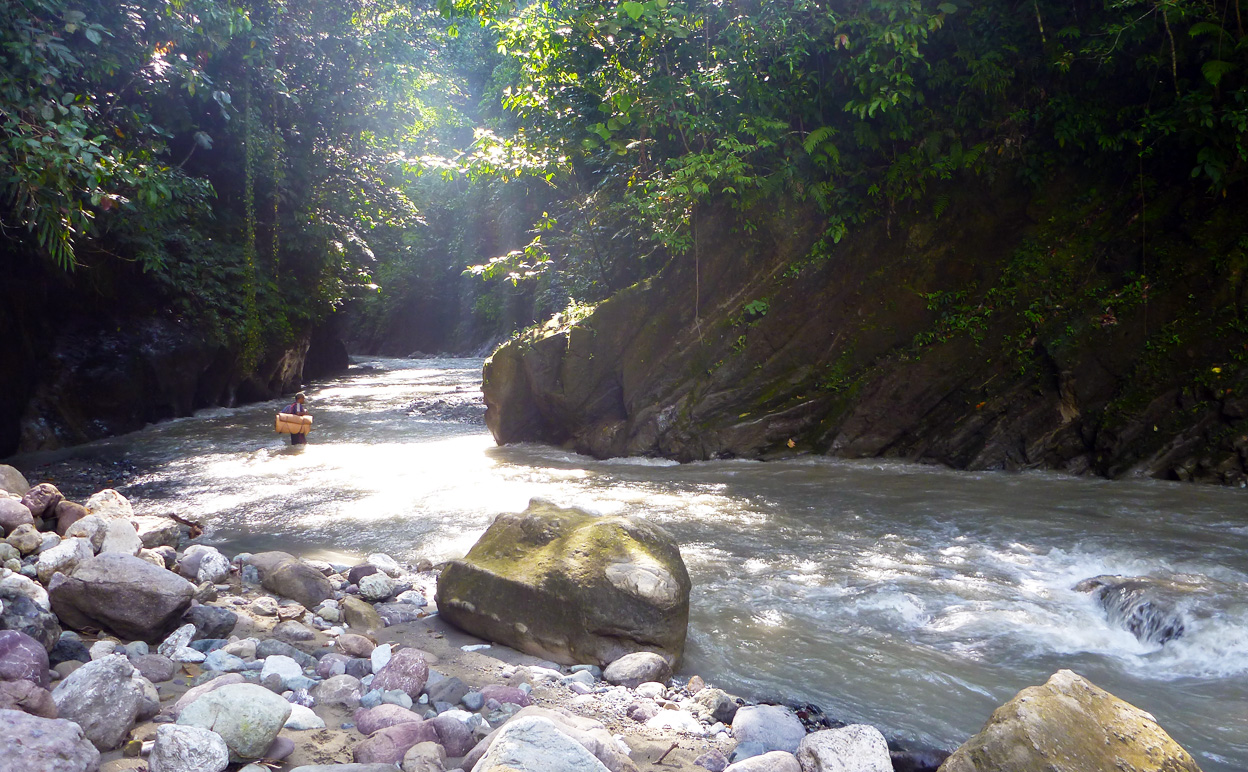 After five hours I got my hopes up that we were close to base camp, but I was sadly wrong. After leaving the river we walked and crawled up the side of a mountain at an angle exceeding 45 degrees. Again my local friends — weighing 50–55 kg — stepped in to help lift and shove my 75 kg frame up the slope.

We arrived at base camp where some of our team had gone ahead and built a hut and boiled a billy — which in this case was a bamboo stem. Eat your heart out coffee snobs, I’ve had coffee from a bamboo stem on top of a remote PNG mountain.

Who says Melbourne has the best coffee? Here’s mine being prepared from a bamboo shoot and by my new friends Clancy (L) and James (R).

On day three Jim and I trekked to the top of the mountain to place cameras (the exact location is a secret). We put out 26 cameras, ranging from 1100 m to around 1400 m above sea level.

We’d planned for 36 and at a greater range of elevations, but technical issues (more commonly known as Murphy’s Law), prevented us. Below 1100 m the mountain was too steep to stay upright!

Some of the cameras were baited with peanut butter, honey, and vanilla essence for animals who have a sweet tooth; that’s tree kangaroos. Others we baited with tuna oil for predators such as Salvadori’s Monitor, which reportedly can grow to greater than four metres. The locals describe it as a crocodile that climbs trees. Fortunately I didn’t encounter the monitor at night, but I hope our cameras do.

Jim Thomas and I checking everything is just right. What will these cameras discover? We’ll know in February 2014.

Now the waiting game begins. Our cameras are set to be retrieved in February next year. Animals are most likely walking past our cameras right this moment, but we’ll have to wait several months to find out just which ones. While helping to conserve endangered tree kangaroos, hopefully the project will show the positive effects of work by the Tenkile Conservation Alliance and the hunting-free zone the organisation has established in the Torricelli Mountains. It also demonstrates how vital local communities are for conservation. Without them, our expedition would have failed.

Read more about my Papua New Guinea expedition here, and stay tuned for more next year.

This article was originally published at The Conversation. Read the original article

Much of my time as an ecology lecturer has been spent teaching students about the wonders of this planet’s biodiversity, but also regrettably, how much of this biodiversity is under severe threat. Hundreds, if not thousands, of species become extinct each year.

With such a disastrous outlook for the species with which we share Earth, it’s easy to get disheartened about where we’re headed. More personally, I often question whether my own fields of science (ecology and conservation biology) are really enough to help stem the extinction tide.

But this week I’m embarking on a journey to Papua New Guinea’s remote Torricelli Mountains. It’s part of a crowd-funded project, Discovering Papua New Guinea’s Mountain Mammals that is a partnership between myself at Deakin University and Jim and Jean Thomas of the Tenkile Conservation Alliance. Together we will count and identify mammals as part of conservation efforts in the region, including some very special species of tree kangaroo.

Just how many Tenkile tree kangaroos are left and where are they found? Our cameras will provide these answers Image credit: Tenkile Conservation Alliance

Who or what is a Tenkile?

The Tenkile (pronounced ten-kee-lay) is one of 14 tree kangaroo species found in the tropical rainforests of New Guinea and Australia.

In 2001 there were only 100 Tenkile left in the Torricelli Mountains of PNG. To put that in perspective, there are thought to be around 1600 Giant Pandas in the world today. That made the Tenkile one of the world’s most endangered animals. The reason they’re still with us today is largely thanks to the work of the Tenkile Conservation Alliance.

The conservation alliance sets itself apart from many others by focusing on causes rather than symptoms of extinction. The Tenkile had become endangered due to over-hunting, so rather than ignore the needs of local people, the alliance places a strong emphasis on these communities who share the region with the Tenkile.

The reason for the bounce back of Tenkiles is a switch from hunting to more sustainable and reliable sources of protein, including farmed rabbits and chickens. Along with improved education about the local community’s wildlife, and health and living conditions, there has been a real reversal in the once dire trajectory of the region’s wildlife. Thanks to these actions there are now more than double the number of Tenkile there were in 2001.

Professor Tim Flannery, himself no stranger to the wilds of PNG, wrote:

A decade on, the Tenkile Conservation Alliance is the most successful conservation organisation in Melanesia … and no other organisation I know of in a developing country has had anything like this degree of success.

What do we hope to achieve in PNG this time?

Our upcoming trip will take us to the northwestern Torricelli Mountains near the Waliapilik area in Sanduan Province. Over two weeks we’ll place 35 remote, motion-sensing cameras out along lines and an elevation gradient ranging from 500 to 1500 m above sea level. These will help us determine a number of things, including:

To say this trip is full of anticipation is putting it lightly. Along with the critical information we aim to collect on tree kangaroos, we also suspect new species are to be found in the area, including miniature wallabies and echidnas.

When we retrieve our cameras in a few months time it’s going to be exciting to see what we find, and it’s almost guaranteed that there will be many firsts for science. Because camera traps detect and record anything that moves past them, we’ll collect valuable data on a large range of species.

Thanks to all who have helped get us this far. This is just the beginning, and if you’d like to contribute or stay in touch please contact me here.

I’m thrilled to announce that we have reached our $20,000 funding target on Pozible, a little over 48 hours ahead of deadline.

A huge thank you to everyone who supported the project, helped to spread the word, or made a donation — large or small.

We will now be able to begin our project: the first comprehensive camera trapping study of animals in the spectacular and remote Torricelli Mountain range in Papua New Guinea. We will build on the already amazing work of the Tenkile Conservation Alliance (TCA) and strengthen the alliance’s partnership with Deakin University.

This is something tangible we can do to help arrest the extinction crisis. Engendering hope is critical.

It has been wonderful to see science and conservation capturing the public’s imagination. I really hope the crowd funding model continues to increase the connection between the public and the scientific communities.

My first foray in to crowd funding has been exhilarating, humbling and exhausting… all at once!

Again, on behalf of myself and the TCA, a huge thank you. We are very, very excited to get cameras out and start discovering just what’s out there!

I’ve been busy garnering support and raising awareness for our crowd funding campaign.

Check out the full update on Pozible.

Please continue to spread the word and thanks again for all your support.

Mongabay.com is one of the world’s most popular environmental science and conservation news sites and publisher of Tropical Conservation Science, a peer-reviewed, open-access academic journal that seeks to provide opportunities for scientists in developing countries to publish their research in their native languages. 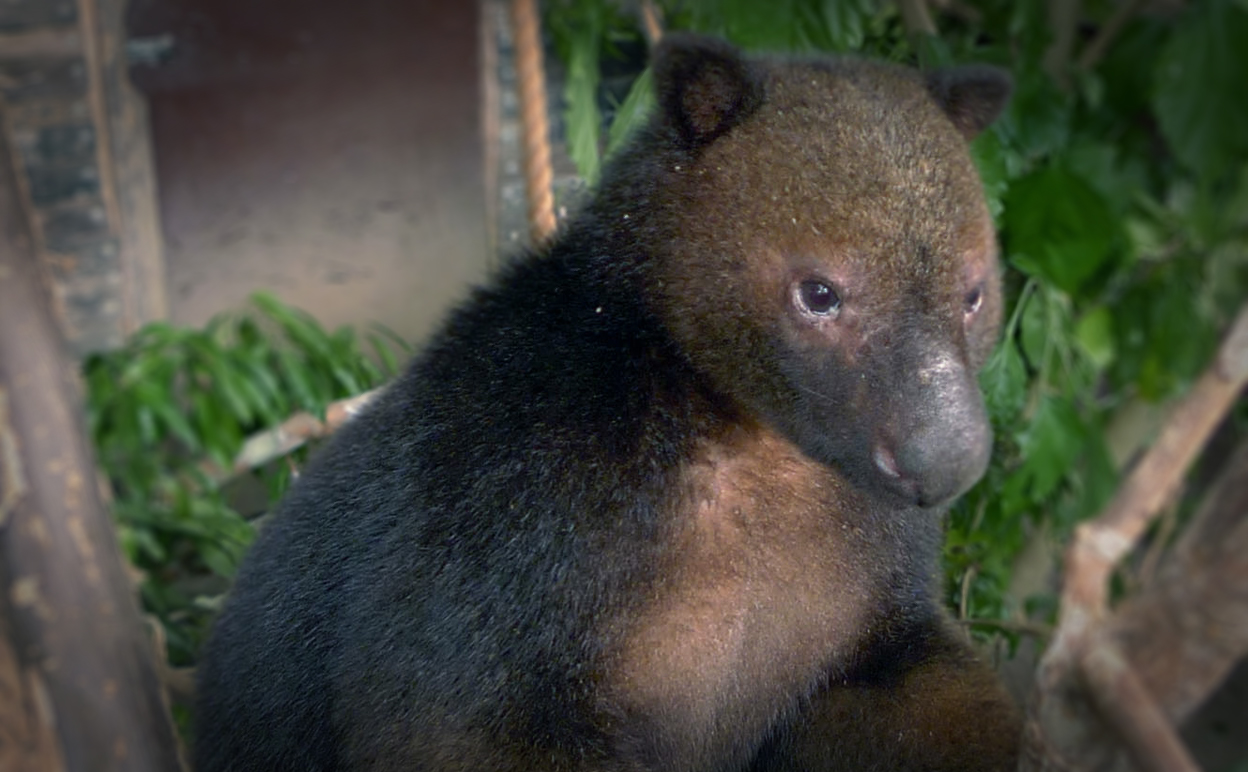 Here’s my interview with Jordana Dulaney on the decline of the tenkile, and my new project to conserve the species.