Looking for an exciting honours project in ecology? I have four openings for 2017.

I also welcome other project ideas from students if they fit with my expertise and research priorities.

To find out more, please refer to the Deakin University website: Honours in Life and Environmental Sciences, or contact me.

Northwest Victoria’s conservation reserves are key flagship areas home to high species diversity, including many species of conservation concern. Within this region, wild canids (dingoes/wild dogs), the top predators, are patchily distributed, being relatively common in the Big Desert-Wyperfeld region, but largely absent from the northern Murray Sunset and Hattah-Kulkyne national parks.

Wild canids, like other top predators worldwide, are known to be critical in influencing species throughout the ecosystems in which they occur. However, it remains to be determined what role(s) dingoes/wild dogs perform in Big Desert-Wyperfeld.

Specifically, do they regulate populations of overabundant herbivores (e.g. kangaroos) and/or invasive predators (e.g. cats and foxes), and does this in turn benefit native prey species (e.g. hopping mice)?

We will examine the role(s) of wild canids by surveying their distribution and abundance in the Big Desert-Wyperfeld region, and relating it to that of other key species of conservation and/or pest management concern.

This will be achieved through a combination of remote camera trapping, sand pads, scat counts and giving up density experiments.

Fire and predation are key processes that shape the structure and function of ecological communities. Despite their importance, few studies have examined how they may interact to affect the distribution, abundance and habitat preferences of species across different habitats.

This project will examine the effects of fire and predation on mammals in Wilsons Promontory National Park (which contains one-third of Victoria’s mammal species).

This work is supported by a Parks Victoria research partnership.

Fox, cat and fire interactions in the Grampians National Park 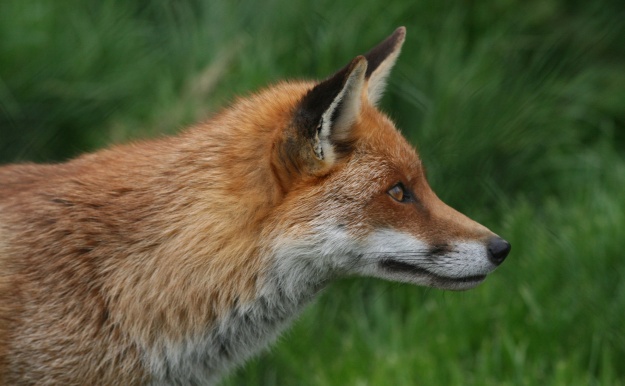 Foxes are invasive predators in the Grampians. Image credit: Dan Derrett via Flickr

This project, a research partnership between Parks Victoria and Deakin University, will examine fox and cat distribution across the Grampians National Park. Specifically, it will aim to:

Mainland eastern barred bandicoots (EBBs) are listed as extinct in the wild, persisting only in captivity or within fox-free fenced reserves.

Phillip Island Nature Parks, together with Zoos Victoria and the Eastern Barred Bandicoot Recovery Team, are conducting an experimental release of EBBs onto fox-free Churchill Island, adjacent to Phillip Island, which lies outside the known historic range of the species.

This project forms part of a broader effort to bring the EBBs back from the brink of extinction and off the threatened species list.

We are seeking an honours student for a project to experimentally determine the role of EBBs as ecological engineers and to continue a monitoring programme into the survival rates, reproductive success and habitat use of EBBs.

The project will involve soil and habitat assessments, live-trapping, radio-tracking and camera trapping.

The candidate will require a manual driver’s licence. Field accommodation on Phillip Island is available.