With dollars for scientific research becoming harder and harder to get, many scientists are now turning to crowd funding as an option. Is this for everyone though and what do you need to know?

Today’s guest blog by Tina Thorburn has some answers but also poses many important questions.

You can read more from Tina about crowd funding here. 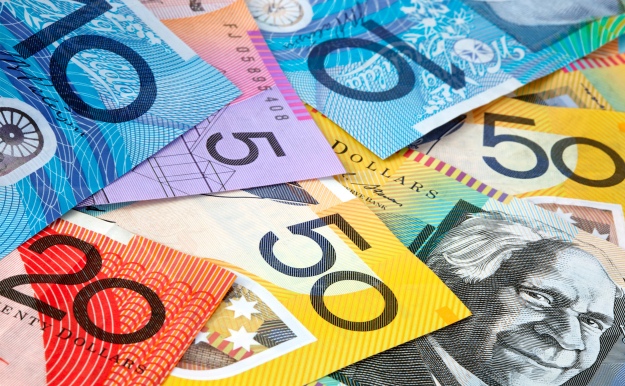 Crowd funding is a bold and innovative means to acquire funding for scientific research. Guest blogger Tina Thulborn shares her recipe for success.

For years crowd funding has allowed musicians and artists to tap into the pockets of strangers. Through an exchange of promotion, sharing and ultimately pledging money, the average Joe can contribute to the pivotal exhibit of an emerging artist or a budding musician’s first album. More recently, scientists have added themselves to this list of successful crowd funders.

A year ago, a handful of Australian researchers at Deakin University reached out to the public to generate funds and awareness about their research. And fortunately for science, and Australia, they were successful.

But is crowd funding for everyone? After speaking to a handful of Australia’s first successful crowd funders in science research, I am pleased to report that like most things, there is a recipe for success.

As a researcher, you are in the privileged position of fully understanding your area of science, and the research questions you aim to address. However, it may be uncomfortable to comprehend, but your next-door neighbour, postman or mother-in-law, probably doesn’t know or even care about your line of research. Obviously, this is a huge overstatement, but my point is: when deciding on the research project idea, think outside of what you find engaging and critical to science, and go with a project that has pizazz and relevance to anyone and everyone.

There are examples of Pozible science research campaigns that have failed to include this crucial ingredient. Without it these projects have not been successful in raising funds. Remember, you are not selling your research project to an ASRC panel, but to the general public. But how do you get people reaching for their wallets?

We no longer live in a world where having a good idea is enough. In an age where Facebook and Twitter are the norm, marketing plans and promotion are integral to the success of any crowd funding campaign.

Although some advocates have criticized crowd funding as a popularity contest, it seems that it doesn’t matter how many friends you have on Facebook, or how many followers on Twitter, but rather how you tap into the connections and networks you do have.

The marketing plan is closely linked to the last two key ingredients.

There is no need to change your lab coat for pom poms, but it is essential that you are the biggest fan of your research idea. All the researchers I interviewed carried such enthusiasm in their voices, facial expressions and body language when talking to me about their Pozible campaigns. It was contagious.

Obviously, as a researcher you have dedicated much of your life and academic career to your area of science, but what is critical here, is for your passion to be easily gauged, and accessible to those that come across your crowd funding campaign. However, Australian culture dictates that garish attempts at self-promotion can sometimes be met with criticism. Unfortunately, that cannot be helped. Some of the researchers I interviewed shared with me that at times this was testing, but their fervour overcame the judgement of others, and in the end they succeeded.

Passion and enthusiasm are often well contained, but for a fruitful crowd funding campaign, these need to be tangible and sincere.

If only it took a dash of marketing, a sprinkle of passion and a heaped teaspoon of a good research idea. Like many things a successful crowd funded science research project takes hard work.

All the scientists I spoke to worked tirelessly. Some focused on getting their research idea out to the groups that would be most affected; others were resolute in getting their research out into the realms of the general public. From the conception of the Pozible campaign, to the final donation, these successful researchers explored every avenue of communication and collaboration.

Some have said that this energy could be better put toward actually doing their research. However, I challenge that notion with a round of applause. These researchers are doing the commendable, and once unheard of action, of getting their science research into the public sphere. By engaging with their neighbours, postmen and mothers-in-law, these researchers have created a conversation that will continue as they continue to pursue their research questions.

Overall, crowd funding science research is a bold and innovative means to acquire funding. The pitfalls of popularity and the tall poppy syndrome await any scientist who chooses to go down this funding path. But in exchange, researchers get the rare opportunity to communicate and share with the public what they themselves dedicate their lives to: good science.