I’ve been a bit quiet of late on account of preparations for my upcoming trip to Papua New Guinea (PNG). So it’s high time for an update on what’s been going on. My journey to PNG is the result of my first foray into crowd-funding, and I’m really looking forward to putting everyone’s generous support into action. Thank you again everyone, the response was overwhelming! 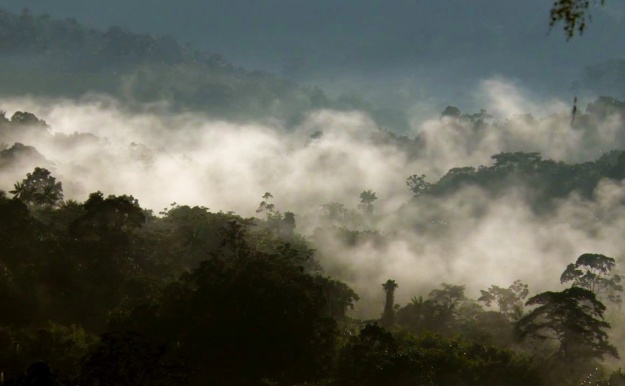 The project is a collaboration with the Tenkile Conservation Alliance. To find out more about the TCA’s amazing work, please visit their website . You won’t be disappointed, this is what grass roots conservation should look like and, more importantly, achieve. So back to the trip, what are we doing anyway? We will place 36 cameras out along an elevation gradient from 500 to 1500 metres above sea level, in order to survey for some of the world’s rarest, most endangered, but little-studied mammal species. In particular we’re targeting Tenkile, Weimang and Yongi (Grizzled) tree kangaroos. It’s a trip full of excitement that will generate substantial new data on the biodiversity of the region, and we even expect to find a new species or two! We’ll retrieve our cameras in a few months time, at which point we’ll get the images back and the secrets of the Torricelli Mountain’s forests will begin to be revealed. It’s worse than waiting for Christmas, believe me! Anyway, you’ll also be able to follow our exploits on The Conversation.

In news of the canid variety, a new book (which I contributed to) on the ecology of dogs and wildlife conservation has just been published. This is an important text, given the ubiquitous distribution of dogs around the world and the renewed interest in the ecological roles of predators. Despite dogs being the world’s most abundant carnivore (an estimated 700 million to 1 billion worldwide), we know surprisingly little about them, so this book is timely.

And what am I doing this very minute? Well, I’m on a plane headed back home to Melbourne from Sydney, after being at the Royal Zoological Society of NSW’s Dangerous Ideas in Zoology forum. It was a great day with lots of thought provoking ideas being proposed by some of Australia’s most prominent ecologists and in some cases, finest exponents of science communication. Many scientists could do a much better job on that latter point though! So what were some of the juicier, more interesting points being made? Well, you can get a pretty good idea by jumping on Twitter and searching for #zoodanger.

But here are a few of my highlights:

Oh and I nearly forgot to mention that there was a talk that featured bunyips (including an ‘actual’ skull that looked remarkably like a wombat’s), black panthers and other mythical creatures. I’m not joking!

Last but not least, along with Zoos Victoria, I will be hosting the 2014 Australian Mammal Society meeting, 7–10 July 2014, at the Melbourne Zoo. Put it in your diaries now! Tim Flannery and John Woinarski are already confirmed as plenaries, and there will be a lot more to come yet…

That’s all for now until I return from PNG in a couple of weeks.

All the best, Euan.